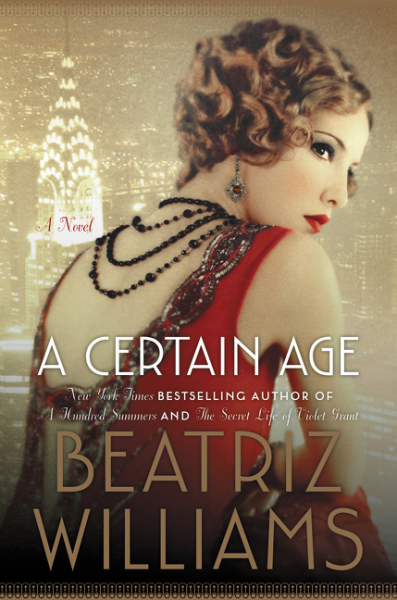 Though the battle-scarred Octavian is devoted to his dazzling socialite of a certain age and wants to marry her, Theresa resists. The old world is crumbling, but divorce for a woman of Theresa’s wealth and social standing remains a high-stakes affair. And there is no need: she shares a gentle understanding with Sylvo, the well-bred philanderer to whom she’s already married.

That is, until Theresa’s impecunious younger brother, Ox, decides to tie the knot with Miss Sophie Fortescue, the naïve young daughter of a wealthy inventor. Theresa enlists Octavian to check into the background of the reclusive Fortescue family. When Octavian meets Sophie, he falls under the spell of the charming ingénue, even as he uncovers a devastating family secret.

As a fateful triangle forms, loyalties divide and old crimes are dragged into daylight, drawing Octavian into transgression…and Theresa into the jaws of a bittersweet choice.

Praise for A Certain Age

Memorial Day, 1938: New York socialite Lily Dane has just returned with her family to the idyllic oceanfront community of Seaview, Rhode Island, expecting another placid summer season among the familiar traditions and friendships that sustained her after heartbreak.

More on A Hundred Summers

Amiens, France, 1916: Captain Julian Ashford, a British officer in the trenches of the Western Front, is waylaid in the town square by Kate, a beautiful young American.