The Lost Summers of Newport 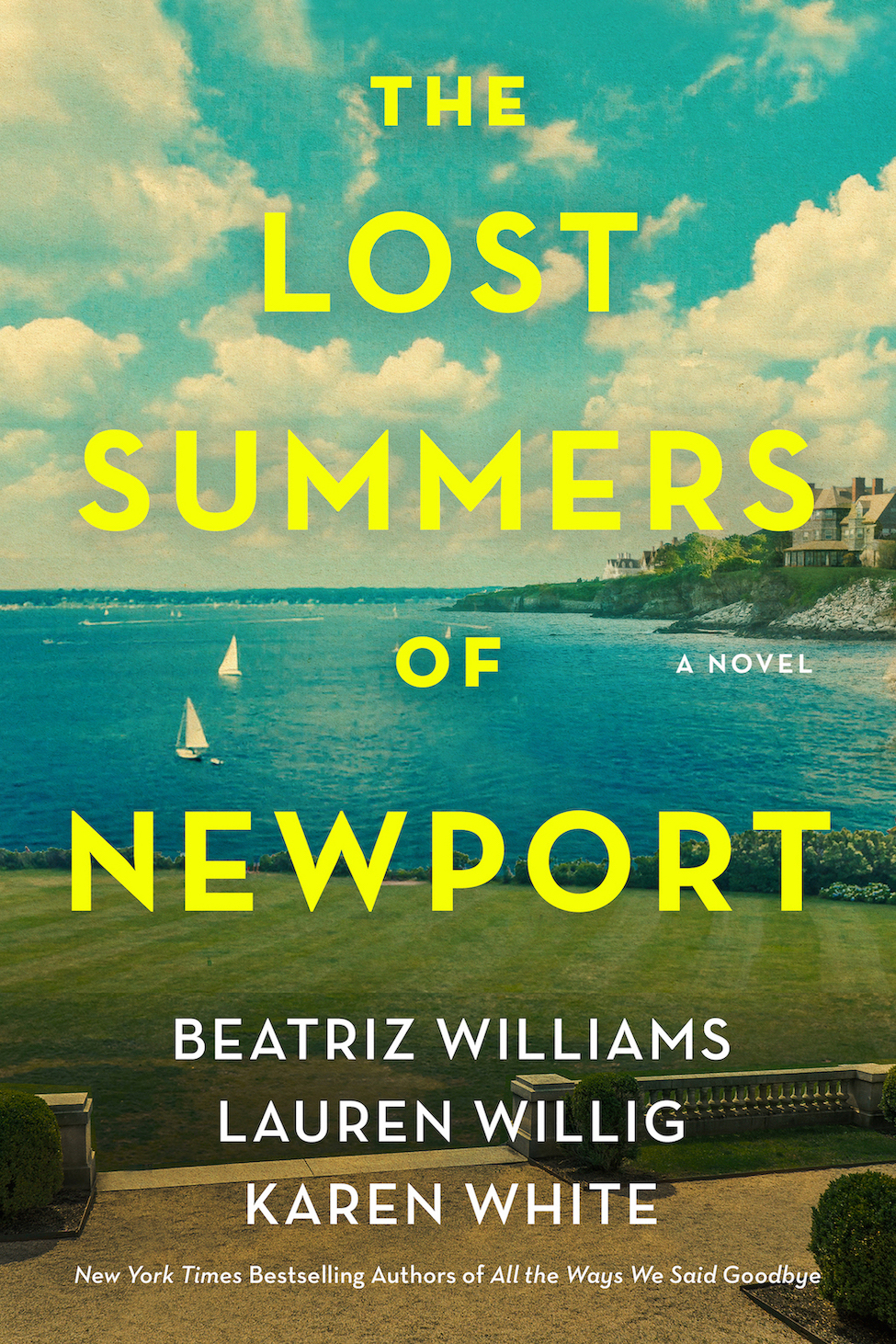 The unforgettable new novel from the legendary writing team

Coming this summer, a journey through the past and present of America’s iconic seaside resort

in bookstores May 17th

From the New York Times bestselling team of Beatriz Williams, Lauren Willig, and Karen White—a novel of money and secrets set among the famous summer mansions of Newport, Rhode Island, spanning over a century from the Gilded Age to the present day.

2019: Andie Figuero has just landed her dream job as a producer of Mansion Makeover, a popular reality show about restoring America’s most lavish historic houses. Andie’s latest project features the once glorious but now crumbling Sprague Hall in Newport, summer resort of America’s gilded class—famous for the opulent “cottages” of Vanderbilts and Belmonts. But the mansion’s reclusive owner, Lucia “Lucky” Sprague, will only allow the show to go forward on two conditions: One, nobody speaks to her. Two, nobody touches the mansion’s ruined boathouse.

1899: Ellen Daniels has been hired to give singing lessons to Miss Maybelle Sprague, a naive young Colorado mining heiress whose stepbrother John has poured their new money into buying a place among Newport’s elite. John is determined to see Maybelle married off to a fortune-hunting Italian prince, and Ellen is supposed to polish up the girl for her launch into society. But demure Ellen has her own scandalous past, which catches up to her in one catastrophic night…

1957: In the years since Lucky Sprague and her grandmother—the American-born Princess di Conti—fled Mussolini’s Italy and returned to Sprague Hall, Lucky’s lost her Italian accent and found a place for herself among the yachting set by marrying Stuyvesant Sprague, the alcoholic scion of her Sprague stepfamily. But an encounter in the mansion’s old boathouse will uncover a devastating truth…and change everything she thought she knew about her past.

As the cameras roll on Mansion Makeover, the house yields up the dark secrets the Spragues thought would stay hidden forever….

“Three stories elegantly intertwine in this clever and stylish tale of murder and family lies from Williams, Willig, and White…This crackerjack novel offers three mysteries for the price of one.” —Publishers Weekly (starred review)