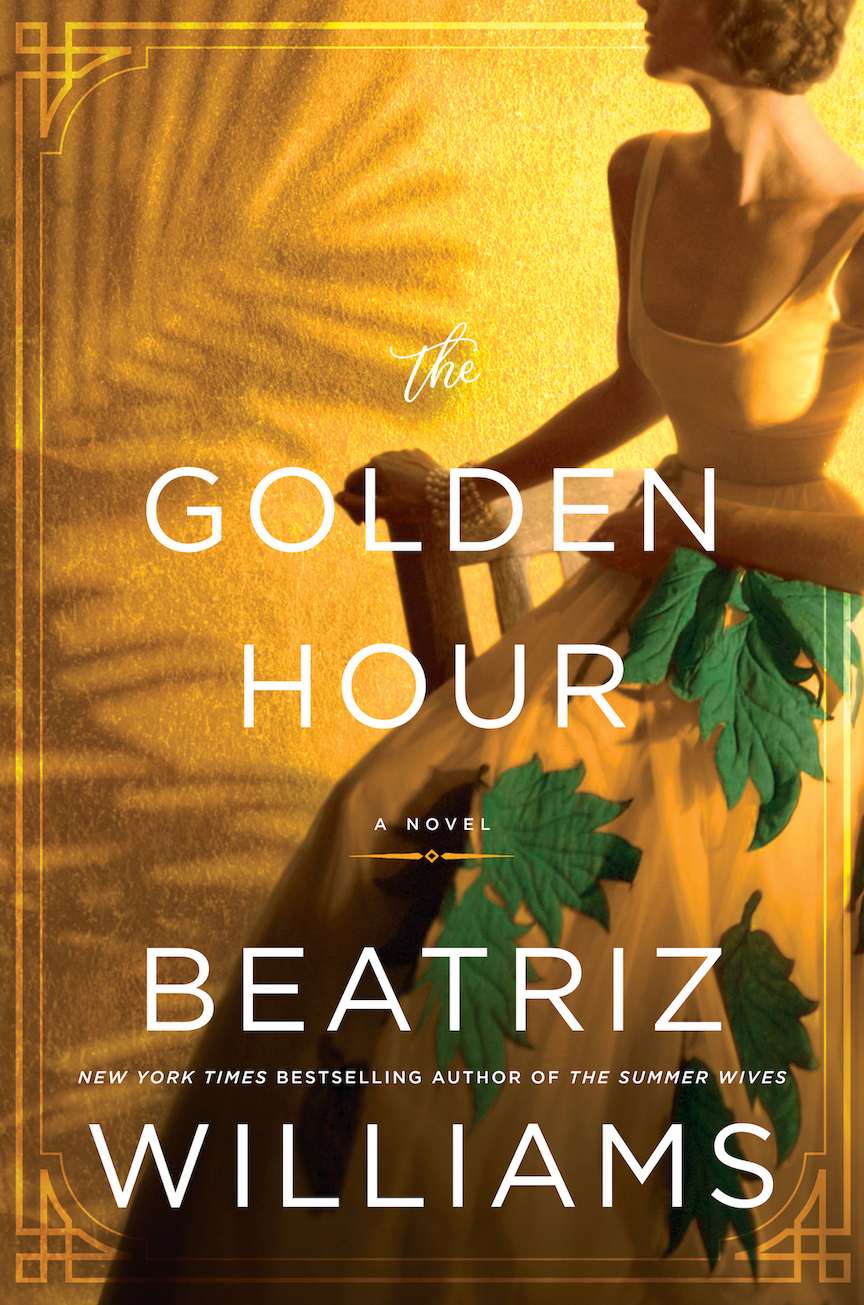 The instant New York Times bestseller brings Second World War-era Nassau to incandescent life in this brilliantly original epic of espionage and human courage inside the court of the Duke and Duchess of Windsor.

A Book-of-the-Month Club selection for June

An Amazon Editor’s Pick for July

ABOUT THE GOLDEN HOUR

The Bahamas, 1941: Newly-widowed Lulu Randolph arrives in Nassau to investigate the new Governor and his wife for a New York society magazine. After all, American readers have an insatiable appetite for news of the Duke and Duchess of Windsor, that infamous couple posted to this colonial backwater during World War II after their marriage nearly brought the British monarchy to its knees. What more compelling setting for a magazine feature than a wartime Caribbean paradise, a playground for kingpins of ill-gotten empires?

Or so Lulu imagines. But as she infiltrates the Duke and Duchess’s social circle, and the powerful cabal that controls the islands’ political and financial affairs, she uncovers evidence that beneath the glister of Wallis and Edward’s marriage lies a complex—and even treasonous—reality. In fact, Windsor-era Nassau roils with spies, financial swindles, and racial tension, and in the middle stands Benedict Thorpe: a scientist of magnetic charm and murky national loyalties. Inevitably, the willful and wounded Lulu falls in love.

Then Nassau’s wealthiest man is murdered in one of the most notorious cases of the century, and the resulting cover-up reeks of royal privilege. Benedict disappears without a trace, and Lulu embarks on a journey to London to unpick his complicated family history: a fateful love affair, a wartime tragedy, and a German mother, the baroness Elfriede von Kleist, from whom all joy is stolen.

Thread by thread, the stories of Lulu and Elfriede weave together in this remarkable tour de force of espionage, sacrifice, human love, and courage, set against a shocking true crime… and the rise and fall of a legendary royal couple.

Pre-order your copy of The Golden Hour